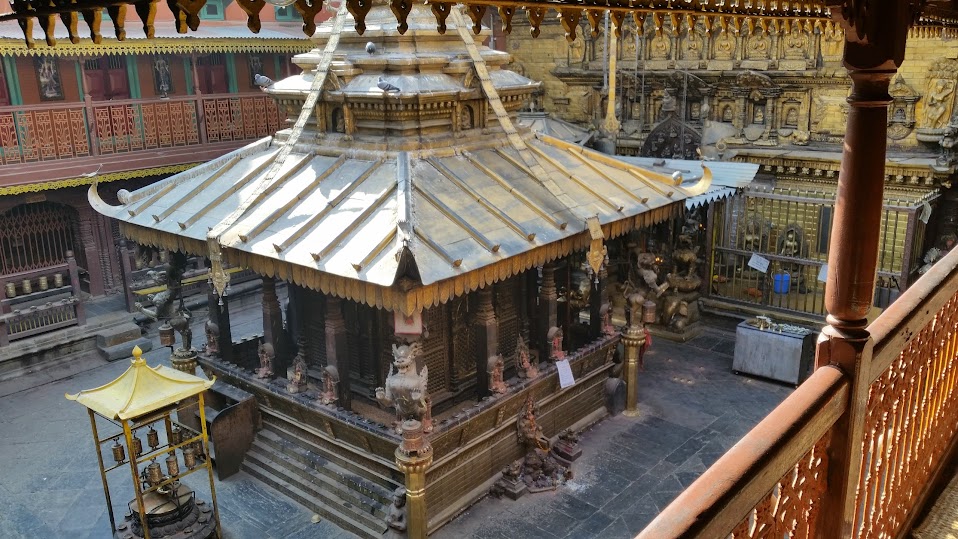 The very word feels exotic in the mouth. Kathmandu. You know you’re someplace else when you’re in Kathmandu. Not in Kansas anymore.

I got off the plane in Guangzhou after fifteen hours of flight time feeling groggy and disoriented. I met up with Rosh and Christine on the flight so we hung out together in the airport while we waited for the flight into Kathmandu. We tried to get wi-fi, I remember, and at some point the tiny coffee shop opened next to the baggage claim and they were selling coffee for eight bucks a cup. Some kind of hot-shit Jamaican brand? The guy I sat next to on the flight bought a cup. He was a doctor, going to Kathmandu as part of a Christian missionary program to treat the kids working in a brick factory. Treat them and bring them bibles, the word of God. He didn’t quite know what to make of me on a Buddhist pilgrimage. Not that he was too curious about that. He seemed content to talk about himself, and I was happy to let him. He made it pretty clear that eight bucks for a cup of coffee wasn’t going to make a dent in his financials. I’m making him sound like a dick, probably, and probably he was a little bit. But he really was enthused about going around the world and trying to make a difference. He enjoyed being of service, and he was serious about it. That part made me happy, made me happy to see a guy who, yeah, he was rich and successful and had all the toys, but here he was, on a plane to the middle of nowhere to spend a couple of weeks helping out the poor and suffering. So what if he was peddling a brand of religion at the same time? He believed in that, too. So, good on him. Doing good things, really going out there and doing them. He should have a eight dollar coffee, goddamn it.

We left the terminal in Guangzhou and stepped onto the tarmac. The sun had come up but the sky was hazy and the color of pale brick. We got onto a bus that took us out to the plane and we got on that. All the flight attendants were Chinese women. I know I’m wrong but they all looked about six four and like they had just walked off the set of a James Bond flick in about 1967. They were all business. Probably trained acrobats and part-time assassins who grew up in whorehouses and raised poisonous orchids on the side. That kind of crew.

Six hours later we landed in Kathmandu. It’s hard to describe what that was like. Of course we saw the Himalayas jutting up through the cloud cover on our approach, impossibly tall, way up in the sky where you just don’t think there should be any land at all, really- and broader than they are tall, too, that’s the thing that stuck out in my mind, how thick they are, how massive. Tall is just a part of it. And then the plane banks around and kind of dead-falls down into the valley and right at the end the pilot pulls up on the yoke and we plop down pretty hard and there’s a bit of a yaw for an uncomfortable couple of seconds, then full flaps and brakes and shuddering to a stop and getting off the plane. There’s a low brick building and we all walk into that and it looks like a bus depot in Alabama in 1935 that’s been invaded by small, dark-skinned people who are intent on something- not you and what you’re doing so much as something inscrutable that you’re in the process of interrupting.

There was a metal detector we all filed through but no one was manning it and the thing buzzed and beeped and we put our bags on a conveyor and went through and got our bags on the other side of the barrier- but no screeners, no cops. Serve yourself security screening.

And there was a desk with a guy in uniform who took my passport, looked at me kinda hard, asked me a bunch of questions in a language I didn’t understand, then when I didn’t say anything, shrugged, stamped my passport, and handed it back to me.

Rosh and Christine and I gathered ourselves and our bags, changed some dollars into Rupees, and walked out of the airport. There was a noisy throng of folks waiting there, and someone held up a sign with our names on it. We followed him to a van and got in and in a couple of seconds we were zooming around the streets, buzzing with motorcycles, scooters, rickshaws, ox-drawn carts, pedestrians, all flowing around each other in a beautiful, intricate dance that scared the living shit out of us. Every time you glanced up at the windshield it was full of an oncoming truck or had just missed clipping the baby being held by the woman on the back of a motorcycle- woo! it was fun! 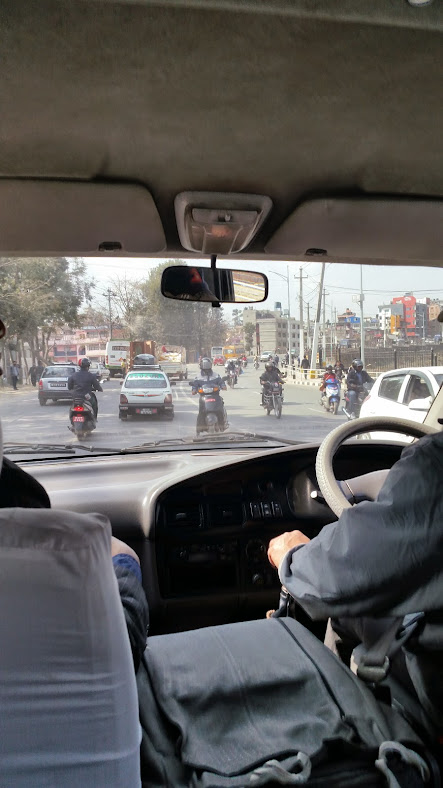 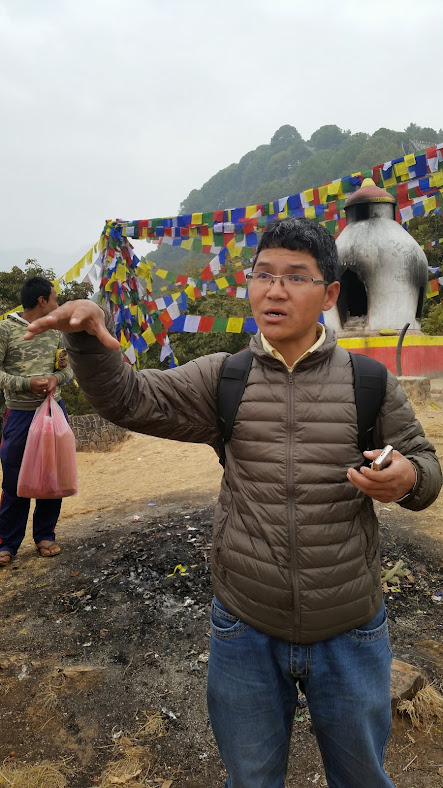 Kelsang introduced himself to us, told us he was from Shambala and would be with us until we went to India. We all were happy to be in his capable hands. Of course, we didn’t know then how amazing he was and how much we would come to rely upon him- but he was and we did.

He dropped us off at Hotel Mum’s Home, where we’d booked our rooms. The hotel was hidden in a warren of narrow alleyways, behind tall brick walls, but was staffed with dozens of the sweetest, most beautiful and helpful people you could ever imagine. I think these guys and girls work part-time in Heaven, welcoming the newly departed to their rooms. My room was up five flights of marble stairs. It had a great bed, and a bathroom, and a window, some bottled water- it was perfect. I laid down on the bed and promptly passed out. 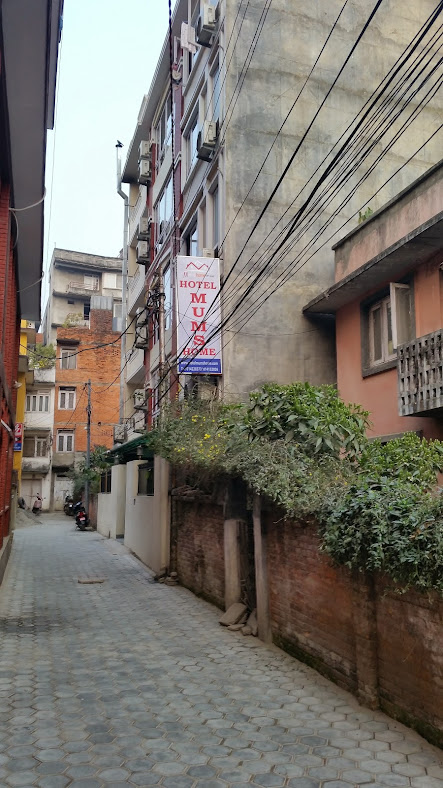 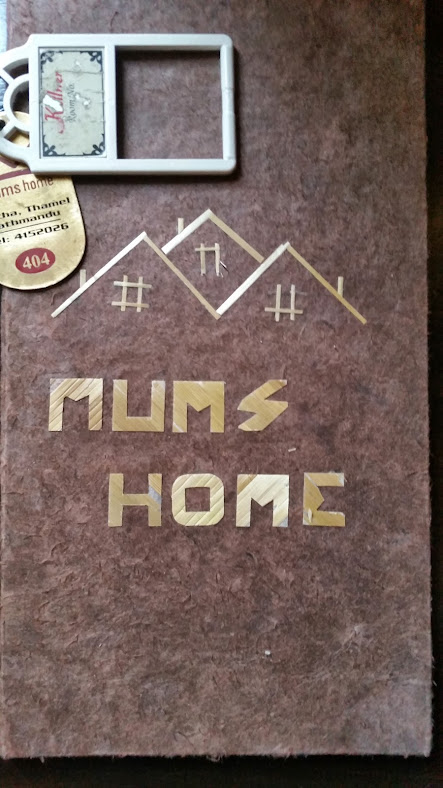 I woke up disoriented. Met up with Rosh and Christine in the lobby, I think we had some coffee…then went out to the street and got swallowed by the shops and shopkeepers of Thamel. My disorientation did not abate. 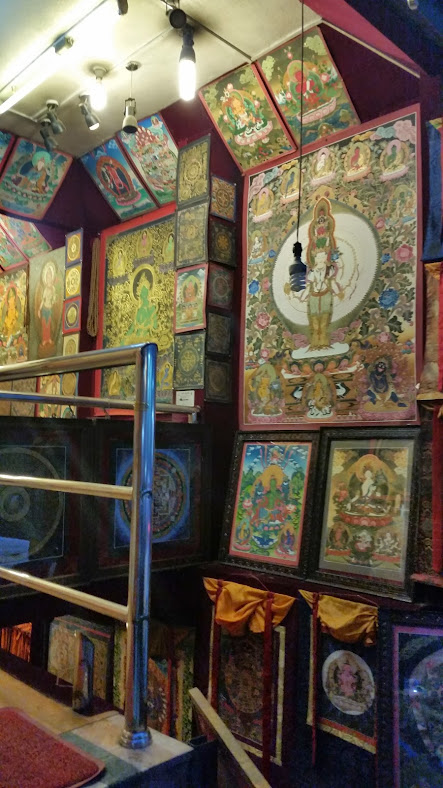 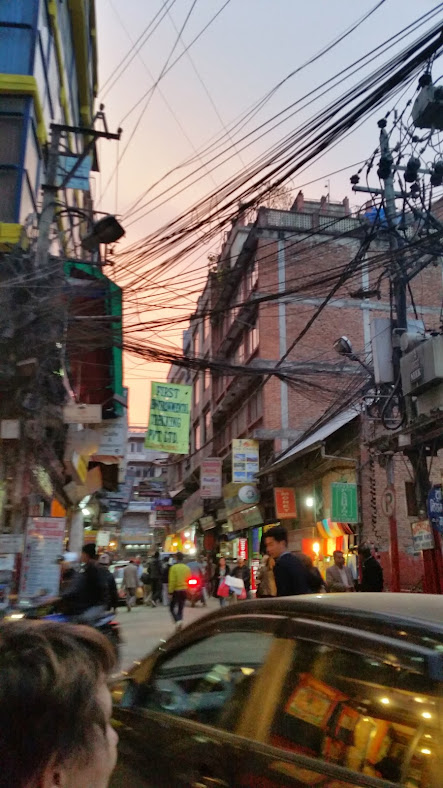 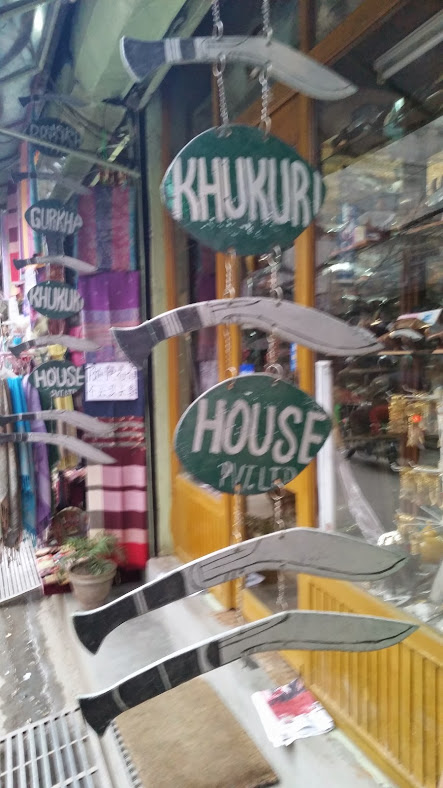 I don’t remember much other than the noise and the novelty, and the feeling of deep peacefulness, safety, and joy that I felt. I loved the people I saw, every one of them. I loved the things for sale, and how they were sold. I loved the crush and flow and the smells of it. I felt profoundly happy.

I was in Kathmandu. This pilgrimage was going to happen!