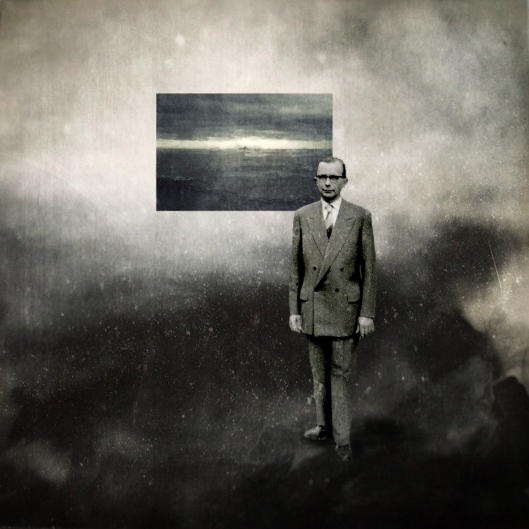 I’ve been doing a lot of work trying to come to an understanding about how science and Buddhism can be reconciled, if that’s at all possible. In the reading that I’ve been doing on theoretical physics, one thing that seems abundantly clear that there is no consensus, even among physicists, about the fundamental underlying reality of the universe. Is the wave form a theoretical model, or does it represent reality itself? Is the reductionist, materialist view absolute, is the Universe deterministic, or probabilistic at its core? Blah, blah blah.

What occurred to me is that both theoretical physics and, in fact, all scientific inquiry, and Buddhism, and all genuine spiritual, contemplative study, are the same. There is the bringing of attention to the quality of existence, either directed outward, towards the phenomenal world, or inward, towards the nature of inner experience.

This quality of attention results in the accumulation of knowledge about the area of inquiry. There is nothing that can be attended to that fails to respond by granting the seeker a greater level of understanding. You can ask a theoretical physicist, quantum physicist, researcher, applied physicist, about the underlying nature of reality, and how it relates to their working model- is it just a functional model or does it actually tell us something about reality itself? What you are likely to hear is that some people will say that it is reflective of reality, and others will say that it isn’t, it’s simply a functional model that helps scientist do the actual business, creating the work of science on a functional level. Still others will say that the mystery is unsolvable, at least for now, and that further inquiry is, and may always be, necessary.

The same questions exist in Buddhism. The teachings reflect a model of reality that provides for aspiring Buddhas to do the spiritual work that will lead them to enlightenment, all Buddhists would agree on this point. But are the Buddha’s teachings reflective of an actual fundamental reality about the nature of the universe itself? Or are they just models, ways of thinking about self and the external world, but not anything fundamentally real? I think that there would be some dispute among high-level practitioners. In fact, a fundamental tenet of Buddhism says that once enlightenment has been reached, the models of Buddhism, the teachings, the practices, the Buddha himself, are left behind. Once you’ve crossed the ocean, you don’t have to drag the boat along behind you anymore. You no longer have need of it.

Anyway, what occurred to me is that it may be helpful to look at both pursuits as synonymous- the pursuit of knowledge, the pursuit of deep understanding. Both systems allow for profound understanding of what is going on in the universe. In both systems, things that appear to be common sense and true to everyone at the beginning of the journey are revealed to be illusory- the earth isn’t flat, the sun doesn’t go around the earth, matter isn’t solid, time isn’t a fixed quality, etc. Conversely,  the things that seem true to you once you’ve delved deeply enough sound absolutely insane to outsiders. The self doesn’t exist, phenomenon are empty of a real, independent existance, samara is endless, enlightenment is possible and attainable by all.

It’s all the same thing. And there’s no agreement, even among the most knowledgeable and skilled practitioners as to how exactly the theories correspond to what you might call “real” reality. But they are totally necessary to understand if you want to get anything done. You can do limitless work without knowing how, exactly, your model might be representative of the ultimate “truth. ”

If you want to send a rocket ship to space, study physics. If you want to become an enlightened being, study and commit yourself to the contemplative sciences. The universe responds to the act of attention, and where you focus that attention determines your result.

That’s what I was thinking about this morning.

10 thoughts on “Science and Buddhism”