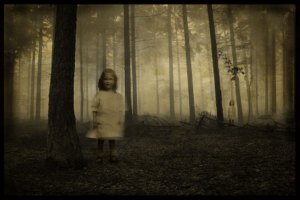 We went to the Cliffs today and listened to this band, Threes and Nines, with our daughter and her friend. It was very fine. We had crab sandwiches and a twelve dollar glass of wine and watched these kids play. A drummer and a stand-up bass and a kid singing and playing guitar.

Keep your eyes on this little band, they’re something else.

There was a bunch of folks dancing in front of the stage:

Acid trip girl: red hair, freckles, skinny, skull tat on one shoulder blade, peacock on the other, hot pants, kangol hat, big leather purse. Looked fifty, was probably late twenties. Her boyfriend was a scar-faced Mexican dude with tattoo’ed legs and a Raider’s ballcap and black and white sneakers. He danced by putting one foot out, then the other. Like the hokey-pokey.

There was Mick Jagger girl, about sixteen, arms and legs seven or eight feet long, stick-thin, big Mick Jagger mouth. She funked around like a rubberband tree.

There were all manner of young girls in faux-seventies dresses and big sunglasses. Some were flinging hoola-hoops around.

Then there was this sixty year old skinny dude in a black cowboy hat and a ‘Merican flag shirt, tight black pants.

He rocked the house.

Some fun was had.

Gotta go, its time for Flight of the Conchords…..

5 thoughts on “To Grandmother’s House We Go”